For years, financial institutions have tried to enter the few parts of the Chinese market accessible to them, but their attempts were stifled by regulations and policies that limited foreign ownership, giving local companies the upper hand. Many foreign entities tried to gain influence by securing minority stakes in local firms but made little progress. However, there are new opportunities on the horizon.

As part of the US-China trade deal that was signed in January 2020, China lifted restrictions on foreign ownership on April 1st. This change allows for full foreign ownership of life insurers, futures, and mutual fund companies. It also means that foreign entities are now able to lead underwriting for all types of bonds and control wealth management firms, pension fund managers, and inter-dealer brokers.

This move comes ahead of schedule following Chinese Premier Li Keqiang’s September 2018 announcement that “There will be a number of foreign ventures qualified for full-license, full-ownership operation in the financial sector in three years’ time.” In July 2019, Li also mentioned that China would lift restrictions on foreign ownership of securities, futures, and life insurance firms by 2020, so this legislation follows his timeline.

While there are still challenges in the form of regulatory constraints and dominance by local firms, these structural changes may unlock significant growth potential for foreign players with a demonstrated long-term commitment to China. The chart below outlines the projected gains in market share for foreign firms by 2030: 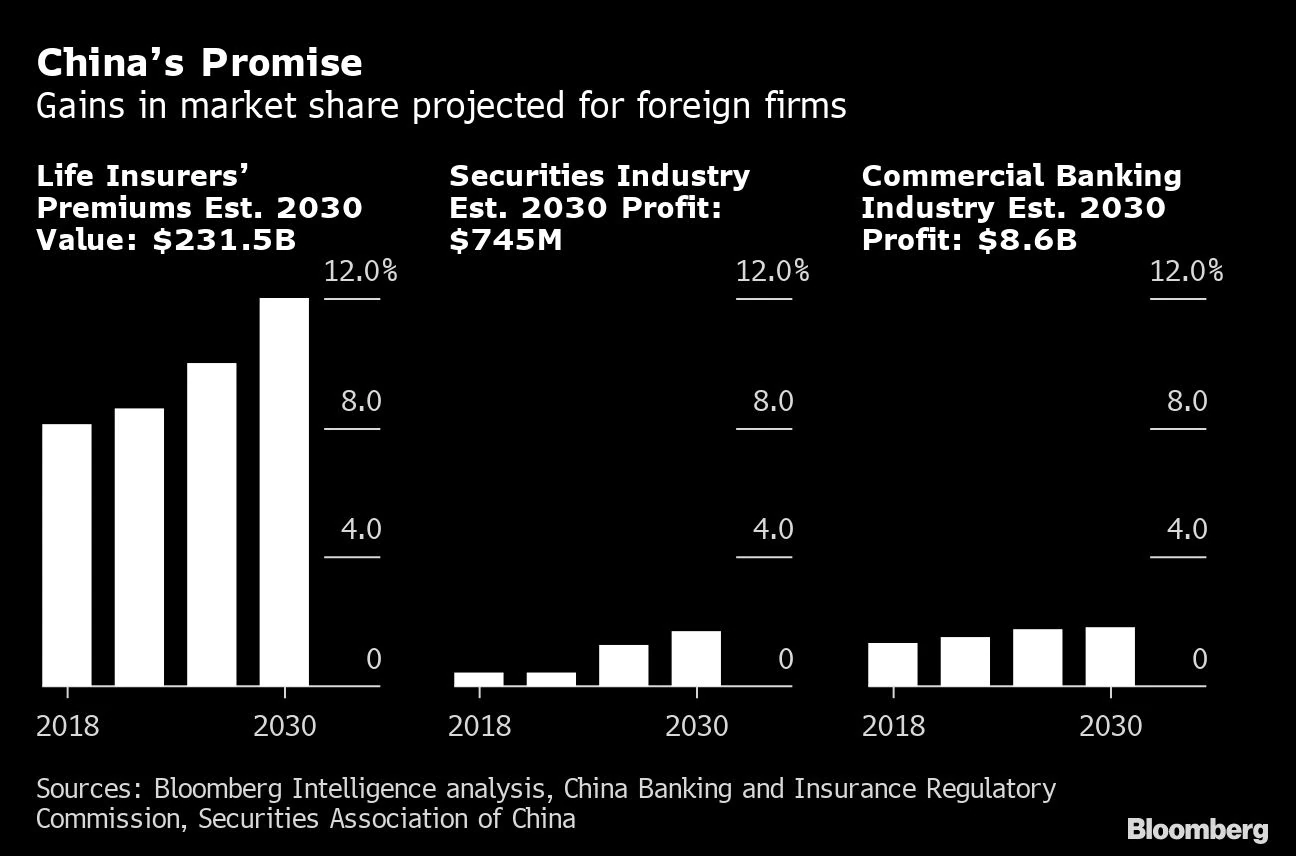 One of the biggest opportunities in global finance

By the end of 2019, overseas investors held over $500 billion in Chinese stocks and bonds, but that number is expected to rise quickly following these new structural changes. 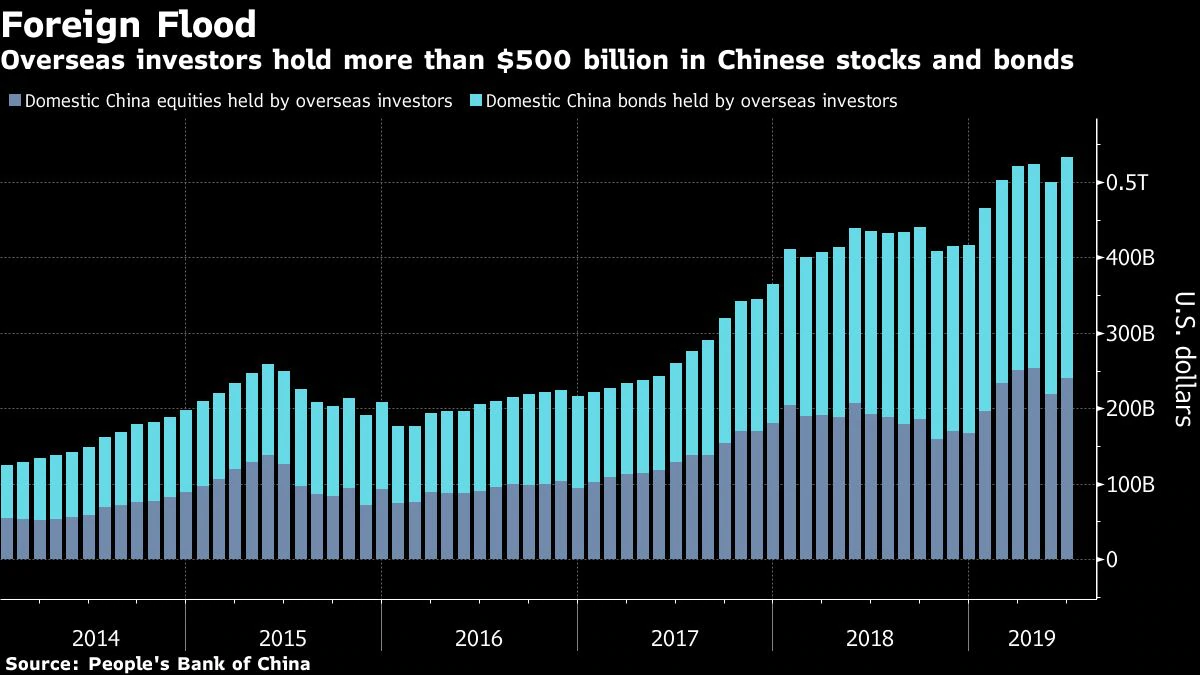 Big moves for some of the world’s largest investors

With a $45 trillion financial services market and up to $30 trillion in funds to be managed over the next three years, Wall Street executives and money managers are racing to take advantage of one of the biggest opportunities in global finance. Here’s how some of the worlds biggest investors plan on moving forward:

David Chin, China Country Head of the Swiss multinational investment bank UBS, is aiming to gain an edge over global rivals with a first-mover advantage. The bank currently has 1,200 staff in China but plans to double the size of its China investment banking team in an effort to expand its brokerage and advisory businesses.

After failing to take management control of its first joint venture formed in 1995, Morgan Stanley downsized to a smaller firm called Morgan Stanley Huaxin Securities Co, aiming to rebuild from within. Determined to deliver Morgan Stanley standards to Chinese markets, it installed US bank staff in key roles, “Over the past few years, we have carefully invested in bringing in the right people and building up our processes” said Wei Christianson, CEO of Morgan Stanley China.

In March 2020, Morgan Stanley won approval to take 51% of its securities joint venture, but it has more ambitious goals in sight; The firm plans to apply for additional licenses to expand its product offerings and invest in new businesses, aiming to establish an onshore brokerage, expand its asset management partnership and eventually take full control.

The firm gained final approval to set up a majority-owned securities venture in December 2019, and it is not wasting any time. In April 2020, JPMorgan purchased a 49% stake of its joint mutual fund venture, China International Fund Management Co, from its Chinese partner, giving it full control of the operation. Following the increase in ownership, Eddy Wong, the newly-appointed CEO of the venture, plans to create more passive products like index funds and ETFs in order to allow foreign clients to make long-term investments.

But despite its recent acquisition, Wong says he doesn’t have to tackle the Chinese market alone. Last year, JPMorgan established a strategic partnership with China Merchants Bank, which made it a preferred product provider to the Chinese lender’s asset management subsidiary. Moving forward, JPMorgan plans to tap the growing financial services market by working with partners like Jack Ma’s Ant Financial Services Group and Tencent Holdings Ltd.